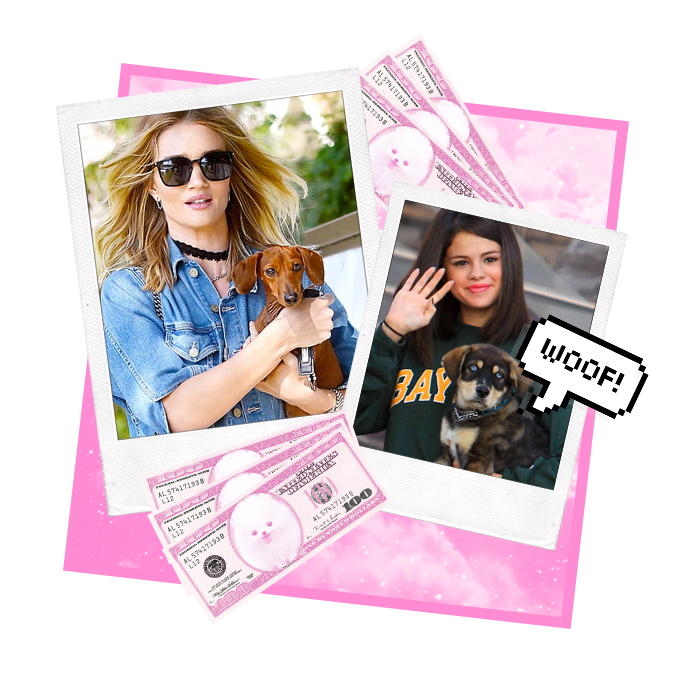 In honour of National Puppy Day, we did some v important research (obvs) into our fave celebs and their furry friends. We had trouble choosing our faves, but we came up with this load of cuties. Disclaimer: We can’t promise this post won’t leave you heart eyed and desperate to go to your nearest dog shelter. 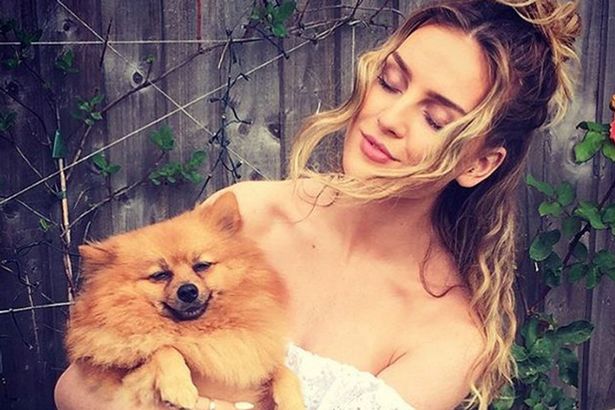 From smashing the mannequin challenge to being one of Little Mix’s BFFs, Hatchi is one cool pup. Remember that time Perrie got him shaved so he would look like a lion? We gotta admit, we weren’t so sure about that look. But we can’t get enough of his sweet lil’ face, and don’t even get us started on his smile in this pic. OBSESSED. 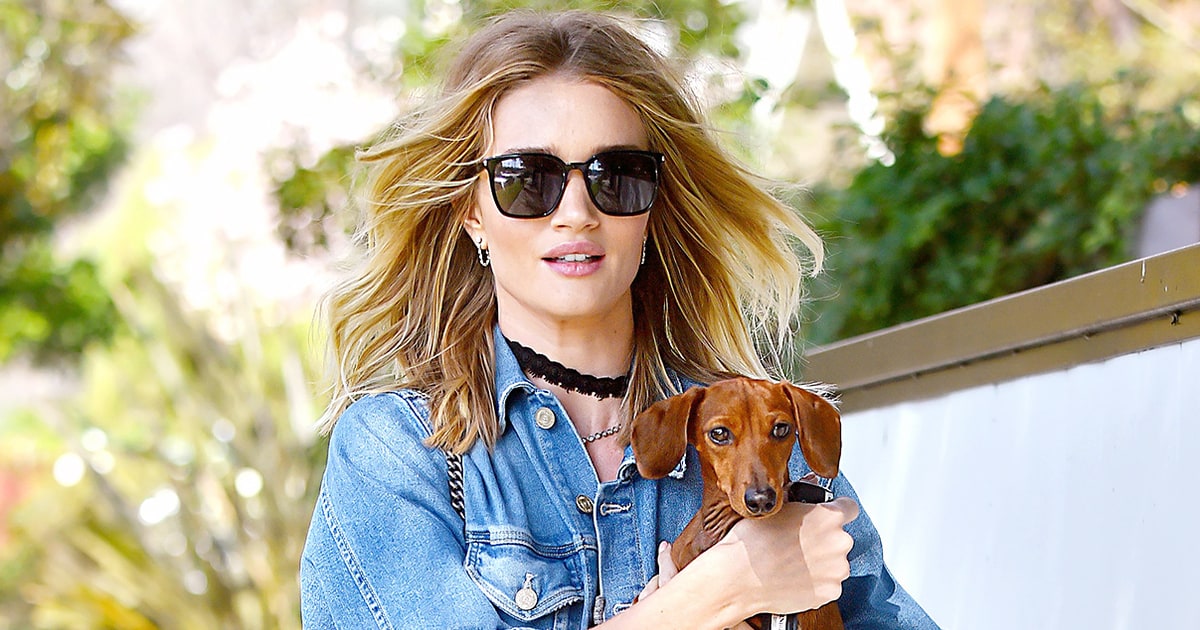 So Victoria’s Secret angel Rosie actually has two of little angels of her own, who go by the names Dolly and Peggy. Turns out Rosie isn’t the only flawless one of the family. LOOK at those whiskers. This pup has got us going seriously heart-eyed (and making us wonder if it’s time to get one of our own). We wish! 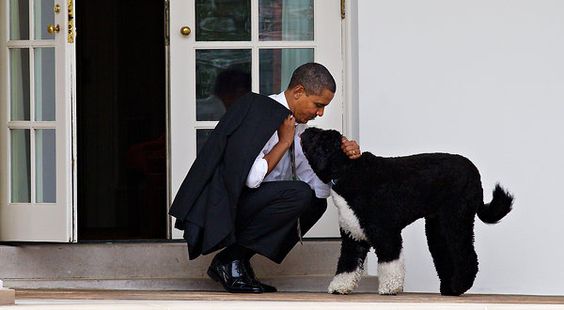 Technically ex-DOTUS, Bo is pretty cute, as well as super important. Plus his Dad is Obama. OBAMA. This curly cutie has lived a pretty cool life so far, running around The White House, hanging out with our fave feminist Michelle. We’re actually kinda jealous. 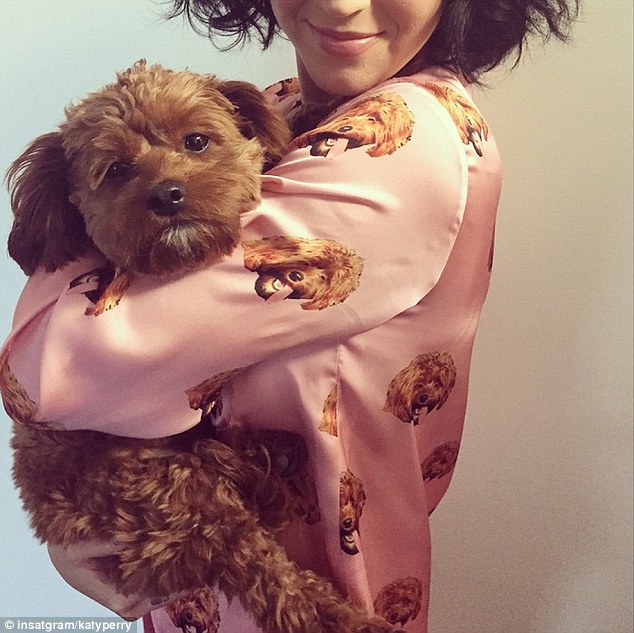 Okay, question. What’s better than having the cutest lil’ pup that looks like an oversized chicken nugget? Having pajamas with his face on, duh. In fact, the only thing that would make this even better is if Butters had pajamas with Katy’s face on them. We can’t get enough of this adorbs duo *googles personalised pet pajamas* 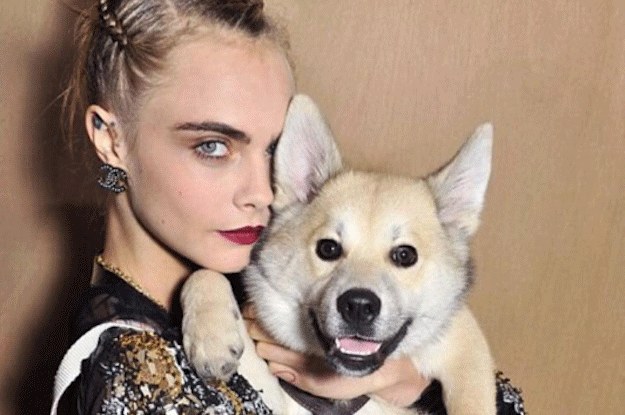 Named after Cara’s star sign, Leo is a husky-cross who has the most expressive little face. He’s super well behaved and has been known to sit FROW at some pretty big shows. Anna Wintour who? It’s allllll about Leo Delevingne. 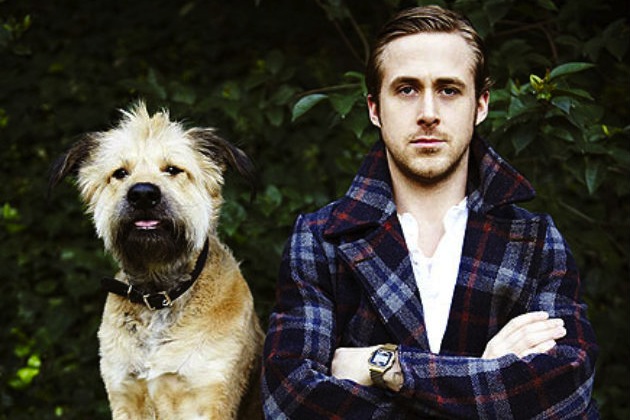 16 year old faithful companion George, has travelled everywhere with his best mate Ryan. From press trips to movie sets, this VIP pooch has full behind-the-scenes access. As well as getting to hang out with gorj Gosling all the time, you can bet George knows loads of Hollywood goss. Share with us, cutie? 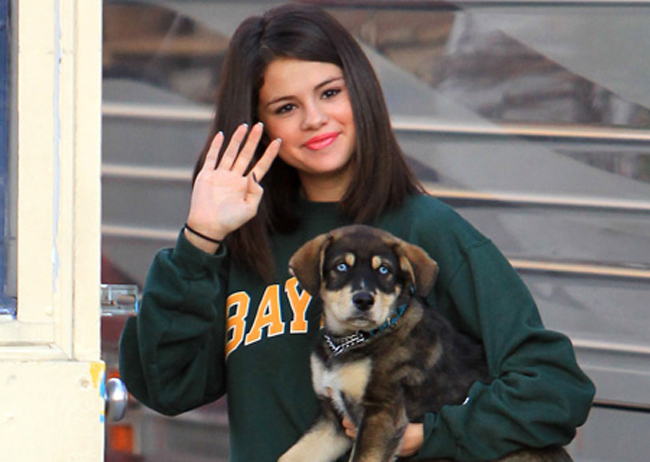 Superbabe SelGo actually has SIX dogs (Willie, Wallace, Fina, Chip, Chazz & Baylor FYI), all of which are rescue pups – turns out we can add real-life angel to the list of reasons we love Selena. The lil’ cutie pictured is Baylor, who she rescued back in 2012, along with then-boyfriend Biebs. Boys come and go, but dogs are 4ever. 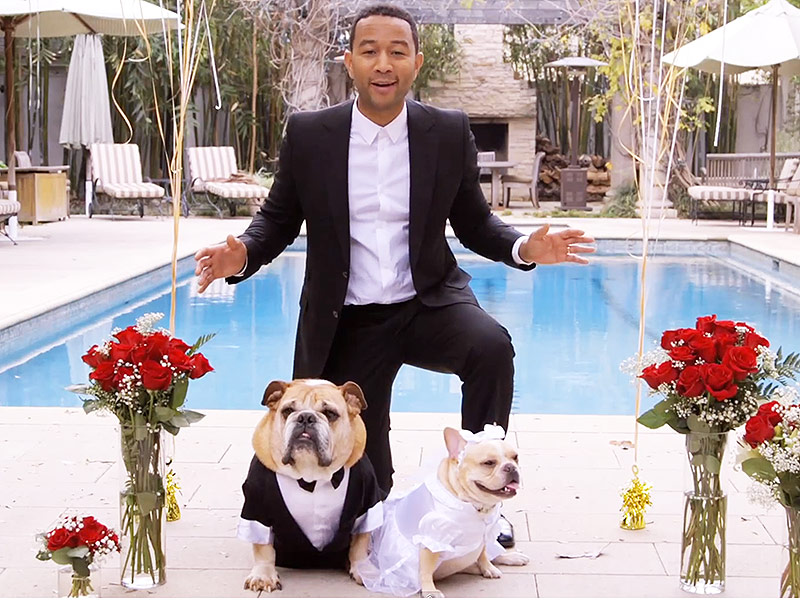 Perfect celeb couple? Check. Perfect baby girl? Check. Perfect pups? CHECK. Back in 2015, John Legend serenaded this match made in heaven as they joined their paws in holy matrimony. Which song I hear you ask? ‘All Of Me’, his hit song inspired by none other than our fave hilar babe Chrissy Teigen. We can’t help feelin’ kinda disappointed – did our invite to this wedding of the year get lost in the post? 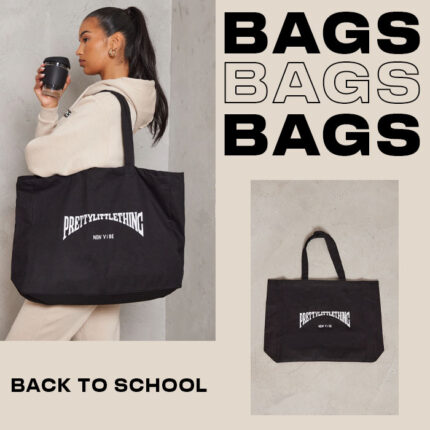 Back To School Bags 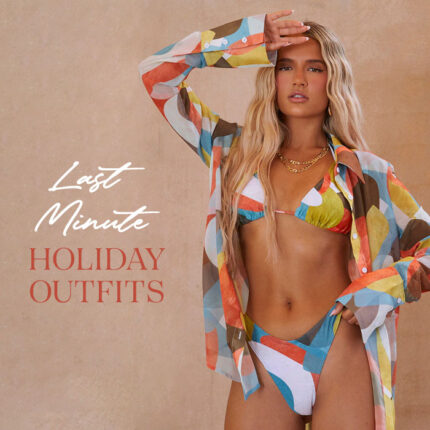 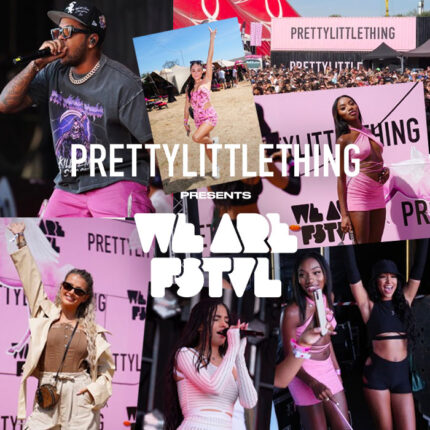