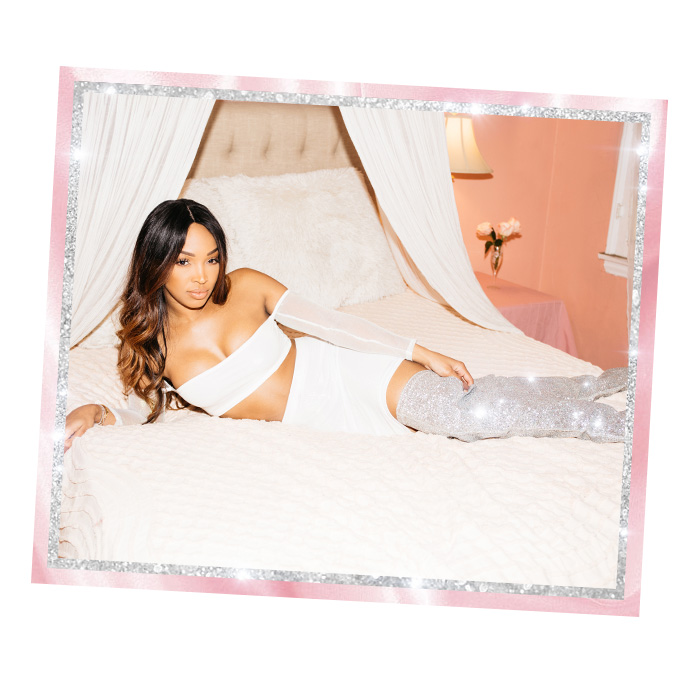 Our brand ambassador and all round babe Malika Haqq left the Celebrity Big Brother house earlier this week.

Unless you’ve been living under a rock, you dolls have been glued to your tellies, just like us.

As PLT’s brand ambassador, we have got THE ultimate exclusive interview and let me tell you,

Read on if you want to know about her fave and worst memories in the house,

why she had two colds within 3 weeks,

whom she missed the most

and why Malika had to drink tap water on a daily basis. 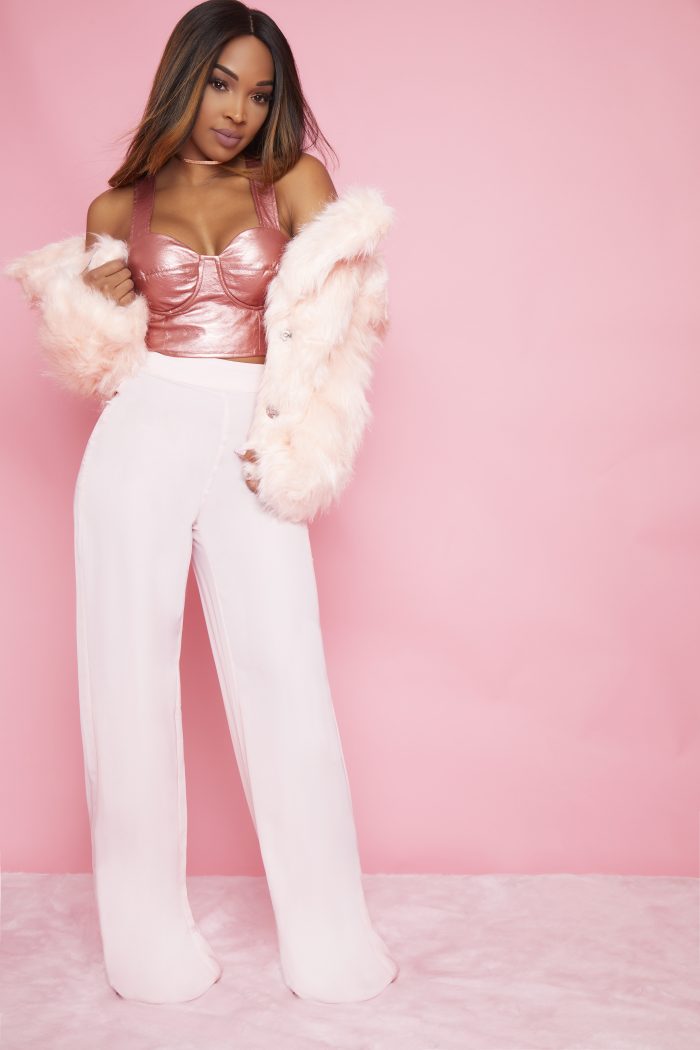 Best memory of your time there?

My very favorite memory is when I got a letter from my family.

I didn’t think anything could really change my mood.

I don’t think I realized how badly I needed to hear from my real world and it did. It gave me the boost that I needed. It didn’t last all that long though.

Worst memory of your time in there?

I literally got two colds in three weeks. The weather was really difficult for me to deal with. I don’t think I was really prepared at all.

I also think when you’re mentally stressed out, your body kinda breaks down. So aside from me just being a thin-skinned Cali girl, it was really hard. I was exhausted. It was really tough on my immune system but other than that, all you have is time to think. So that’s like rough too.

Will you be watching yourself back to see your best bits?

I think I gave celebrity big brother 30 days. I really don’t think I’m gonna give them 30 hours. Like watching 30 hours of footage.

I lived it already. I think I got the best memories of it.

What was your plan when it came to packing a foolproof capsule wardrobe to see you through your time in the house?

Did you expect to stay in as long as you did?

Going into the experience, I was committed to see it through to the end. That’s very easy to say because you don’t know what it’s like till you’re there. Someone can tell you what it’s gonna be like but that’s an experience you really only know once you’ve done it and I couldn’t believe I did make it as long as I did at one point.

I wanted out so badly and then I really stayed because of my housemates. As challenging as it was for me, I didn’t want to be the reason to make it more challenging for other people. I was able to stick it out but at the three-week mark, I hit my limit. It was time to go.

Was there anything you really missed from the outside world in your time in there?

I really missed my phone and not because I was dying to get on social media or shop online. I was really dying to facetime my niece and nephews. Not seeing them and not talking to them, that was really, really hard for me. When I can’t see the kids, that’s my connection to them.

It cuts off your comforts.

I really needed my phone.

Is there anything you didn’t miss from the outside world?

Ehm, that’s a good question. Nothing anyone has ever asked me.

For specific things, you realize that you treat yourself a certain way and then I also realized that I put certain pressures on myself in life. So, I definitely learned about myself, that I could let go of control and that was okay.

Is there anything you’d do differently second time around?

There will not be a second time around. But just for the sake of shits and giggles, I definitely would bring warmer clothing.

Just being cold and walking around with a blanket the whole time is just not hot. I probably would have gotten dressed up a bit more and actually put on makeup.

There was water. The only problem was they would only give you a certain amount of water. They exchanged like for like. So if someone didn’t bring the water bottle back, that meant you lost another bottle. I drink 40-60 ounces of water a day.

I felt that was another reason why I was getting sick. I was like, I’m not fighting with people to bring water. They want you to take it out on your housemates.

I’m not gonna take anything out on anybody else, I’m gonna take this out on you Big Brother.

And I did. Every time!

How hard was it being away from social media?

It’s hard because I get a lot of my news from Twitter. I felt like I had no idea what was going on in the world. There could have been a natural disaster and because I can’t even look on social media, I don’t even know what’s going on. And even the good things. I didn’t get to see pictures of my friends or watched my family. My sister always does insta stories of her entire day, it’s like her full-time job. I just missed that.

Do you feel like you learned anything about yourself during the experience?

Oh, I definitely learned a lot about myself. I think that your brain is a really powerful tool and what you think, that’s literally what you live.

Again, I am a bit of a control freak but I am to just control myself and I know that it’s okay for me to still do that but I need to apply balance, so when things don’t go the way I want them to go, I’m still okay. And I think with the normal necessities in life, I will be.

Did you follow any of your ex house mates on Instagram after the show as the modern way of “keeping in touch”?

I have followed Ashley, I haven’t followed anyone else yet cause I’ve really not been on social media that much. I’ve been so getting caught up on my emails and my text messages.

500 of which were Google alerts from the show but damn, that’s a lot of emails.

I have a few to follow for sure. Everyone that I speak to, I have their phone number, so that part is covered.

What’s next for Malika now you’re out?

Mhm, I’m here at PrettyLittleThing now, so that was definitely what was next up for me.

I guess I wanna continue exploring doing different things and have experiences that are new and true to me. I guess after Celebrity Big Brother I can’t say what I won’t do.

I’m more open than I’ve probably ever been. Definitely want to do more stuff around the UK.

My home away from home. 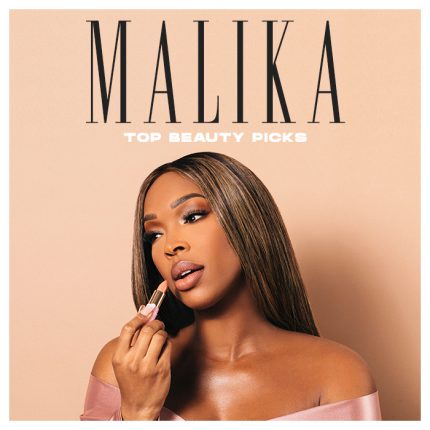 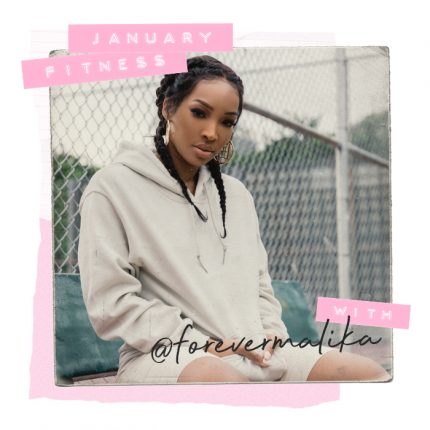 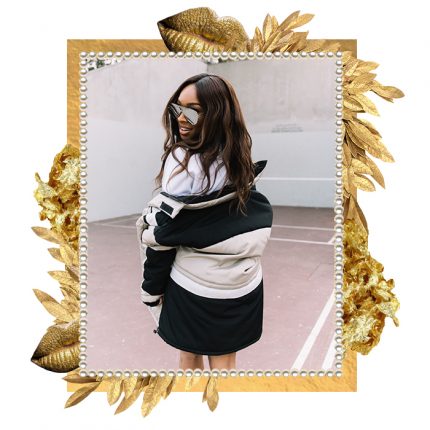